The autumn budget 2017 is the first of the new annual budgets, now the spring version has been deemed as not necessary.  Nonetheless there was little of note and there were few surprises and much had already been released.  The headline if any stemmed from maintaining fiscal responsibility while helping families cope with the cost of living.  Philip Hammond started with the usual report on the economy and picking the favourable statistics from the Office for Budgetary Responsibility (OBR): 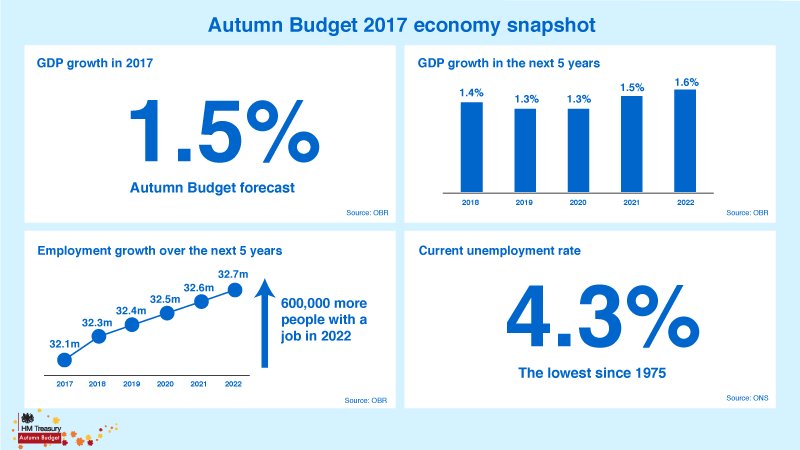 So while there was little new or news in the autumn budget 2017, the good news is that small businesses which make up such an active part of the economy have not been hard hit.  As with all Statements and Budgets there will be more issued in Press releases but once again outside of the usual political gesturing, very little news.  You should seek professional advice before taking any steps based on these contents. If you would like advice in this or other areas feel free to call. Alastair Wood, AW Accounting, Gravesend, Kent – Accountants who “speak your language”